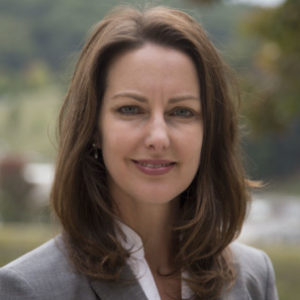 Before colleges and universities can assess civic engagement, they must answer the question: “What is civic engagement?” Answering this question requires grappling with the “philosophical debate and research divide” (Finley, 2011, p. 1) that has long plagued the topic of civic engagement in American higher education (Hartley, 2009). Keen (2009) notes an example of the divide, where collaboration among over two dozen civic engagement assessment scholars was difficult because each scholar understood the construct of civic engagement differently.

When I was asked about 5 years ago to assist with the civic engagement assessment efforts at James Madison University (JMU), as a first step I consulted the literature to understand what was meant by civic engagement in higher education. I quickly realized that civic engagement is, indeed, defined in many ways with conceptualizations differing in the extent to which they emphasized apolitical or political participation. A classic example of apolitical participation is volunteer work in the community, while examples of the political participation include activities explicitly intended to affect governance and public policy (e.g., voting, contacting government officials, signing petitions, and protesting). Community service-learning activities, which are popular manifestations of civic engagement on college campuses, can be political, but are more often characterized as apolitical. Volunteer work in the community might be better described as proto-political since it has the potential to lead to political involvement (Marsh & Akram, 2015), but as noted by Colby (2008), “there is no guarantee that this will happen” (p. 4).

Many have called for intentionally addressing the political aspects of civic engagement to ensure political learning and democratic engagement does not get lost on college campuses (Colby, 2008; Saltmarsh & Hartley, 2011). One way in which colleges and universities can do this is by abandoning use of the term “civic engagement” – a term some argue is ready to be buried because it means so many different things to so many people that it conveys nothing (Berger, 2009). More appropriate terms might be “democratic engagement” (Thomas, 2010) or “political engagement” or “political learning”, but no term is perfect.  Democratic might be misinterpreted as political party affiliation and political is a loaded term that might push away some students, particularly if misunderstood as partisanship.

At JMU engagement is conceptualized as consisting of three overlapping areas: engaged learning, community engagement, and civic engagement. Civic engagement is political at JMU and is promoted by the James Madison Center for Civic Engagement (a.k.a. JMU Civic), whose mission is to educate and inspire people to address public issues and cultivate a just and inclusive democracy. As a nonpartisan entity embedded within Academic Affairs, JMU Civic emphasizes the acquisition of knowledge to make one a more informed participant in our democracy, skills to make one a more effective participant, and values that embrace pluralism, open-mindedness, empathy, respect, diversity and inclusion.

Since its inception in 2017, I’ve had the privilege to work as the assessment liaison for JMU Civic. One of our first goals (as you might suspect) was creating student learning outcomes for civic engagement. During the course of a semester, a team of faculty and administrators in academic affairs and student affairs studied various sources to inform our own set of student learning outcomes. The outcomes are not perfect and warrant revision, but serve an important purpose: they help to communicate what is meant by civic engagement at JMU and direct programming.

Civic engagement assessment at JMU has taken a variety of different forms since 2017. There is assessment of individual classes (e.g., deliberative dialogue classes), the associated general education program, programs that span across classes (e.g., debate across the curriculum) and interdisciplinary events (e.g., health policy summit). We also assess our voter engagement efforts and one way we do so is by obtaining actual voting rates through the National Study of Learning, Voting, and Engagement.

JMU data from the National Study of Learning, Voting, and Engagement

Recognizing that political participation is more than just voting, we also collect information from students about their intended and actual participation in a variety of behaviors (e.g., contacting government officials, signing petitions, and protesting) on our biannual Assessment Days using original and modified items from the Political Engagement Project Survey (PEPS; Beaumont, Colby, Ehrlich, & Torney-Purta, 2006).

In addition to behavior, the PEPS is used to gather self-report data from students regarding their political knowledge and skill levels and measure their values, attitudes, and beliefs with respect to political learning and engagement. For example, the PEPS was administered twice to students in three different cohorts: once as incoming first-years (Pre) and again after 45-70 credit hours (Post). We found that being moral was central to the identity of students across all time points and cohorts. In contrast, it is less central to students’ sense of self to be politically involved and concerned about international issues, government decisions, and policies. Interestingly, cohorts did not differ in politically engaged identity scores at pretest, but significantly differ in their change over time.

Perhaps some of the most informative assessment work we’ve done so far is a campus climate study to understand the strengths and weaknesses of our campus when it comes to preparing students for political learning and democratic engagement. In partnerships with AASCU’s American Democracy Project and the Institute for Democracy and Higher Education, 11 focus groups were conducted at JMU in 2018 with administrators, faculty, staff and students to understand whether the climate at JMU is conducive to student political learning and participation in democracy.

Our findings indicate that some aspects of JMU’s campus climate do not support – or may even inhibit – the potential for student political learning and democratic engagement. In other words, there is much work to be done not just at JMU, but in higher education in general. I encourage my fellow assessment practitioners to consider how they might contribute on their own campuses and beyond.

Finley, A. (2011). Civic learning and democratic engagement: A review of the literature on civic engagement in postsecondary education. Washington, DC: Association of American Colleges and Universities.

Hartley, M. (2009). Reclaiming the democratic purposes of American higher education: Tracing the trajectory of the civic engagement movement. Learning and Teaching: The International Journal of Higher Education in the Social Sciences, 2(3), 11-30.

Since 2002 I have held a dual appointment at James Madison University as an assessment practitioner in the Center for Assessment and Research Studies (currently I am the Associate Director of Assessment Operations) and as a Professor in the department of Graduate Psychology.

Our Iceberg Is Melting— How to Change & Succeed Under Any Conditions

“It means that the university is invested in their success, not just in getting them through their courses. The CLR shows that UMGC wants students t…

With our fifth year of the open course in the books, I wanted to take this opportunity to share some of the outcomes and results of the Student Affair…

AEFIS is developed with LOVE in partnership with Higher Ed.

What is AEFIS Academy?

AEFIS Academy is your center for communities of practice where you can learn, teach, collaborate, and innovate among the greatest minds and thought leaders in authentic assessment, learner success, skills recognition, and lifelong learning. All are invited to join, it’s your community!

You have already reported this .