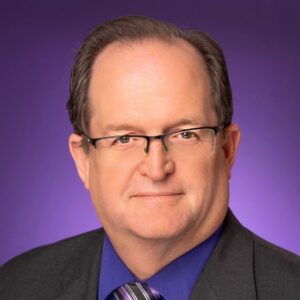 What thoughts are often associated with higher education institutional accreditation? Stress? Panic? Compliance?
Writing into the dark of night? Others not generally accepted in polite company? In this post, I am going to talk briefly about our journey to completing our mid-cycle accreditation self-study.

The journey to our on-time submission of our Southern Association of Colleges and Schools – Commission on Colleges (SACSCOC) Fifth-year Interim Report began several years ago in 2016. After surviving a few cold, snowy winters in another state, I decided to leave my faculty position and to return to Texas where I accepted a data analyst position with Texas A&M International University (TAMIU) in Laredo, Texas, where the windy, hot, dry summers (I likened to being in a hairdryer on high heat) are just what my wife requested. Within a year at TAMIU, the President and Provost appointed me to serve as the Interim Associate Vice President for Institutional Assessment, Research, and Planning. While I have a lot of assessment experience, prior to this appointment, my institutional level experience was serving university assessment committees and writing the data analytics parts of a previous institution’s CAEP accreditation submission. My personal foray into direct work pertaining to SACSCOC had begun.

My predecessor laid the groundwork for our affiliation with AEFIS and I had to finalize the paperwork and initiate our working relationship. As I started investigating this report on our campus, all those thoughts I mentioned at the beginning were the ones I was hearing from those on campus that was part of our last reaffirmation sent to SACSCOC. I thought there had to be a better way. After many sessions at the SACSCOC summer institute and annual meetings, many pieces of the puzzle were in place.

Partnership is Key to the Process

While having lunch at one annual meeting, I was talking with Caitlin Meehan, VP of Client Success at AEFIS, about the report, and subsequently, I emailed the Fifth-Year Report template I found on the SACSCOC website. Next thing I knew the template was in the AEFIS system, ready for adding narrative and evidence, about 1.5 years before we had to submit the report. I had great and mighty goals to have the report completed well before the submission deadline. Of course, as often happens in life, other priorities reared their head with more pressing deadlines, and the report submission was still 1.5 years away. It is amazing how fast those 1.5 years can go by, especially as COVID-19 hit when we were about one year from the submission deadline. As expected, the pandemic further delayed the start. Next thing I know the deadline is seven months away we have nothing added to AEFIS and no plan as to how we were going to accomplish this task.

It is not as if the task was completely avoided for the previous nine months. I found archived documents from our previous reports and a list of names associated with writing tasks. A good percentage of these names were no longer associated with the university and there was no indication of the role they had when they were employed here. So, I met with the Associate Provost who was here and we developed a list of the position associated with each writing assignment and then identified the current person in said position.

As the summer was nearing its end, the lack of progress on the Fifth-Year Report was starting to generate a moderate level of stress and I finally was able to dedicate some time to create a plan. Our office took a two-part approach. One of my staff, Karol Batey (aka “The Best”), wrote step-by-step process documents for using AEFIS for the Fifth-Year Report and for using AEFIS to upload evidence to the evidence bank. I wrote The Fifth-Year Guide for TAMIU, which provided an overview of the accreditation process, tips for writing the narratives, a workflow diagram, a crosswalk from the 2012 SACSCOC Principles of Accreditation to the 2018 Principles, and two versions of the writing team list (one by position title and the assigned standards and one by the standards with all members of the writing teams listed). A subsequent document was a more detailed document about narrative writing. I also included a detailed timeline to ensure a thorough and rigorous review of the narrative and evidence. Finally, I set up a shared folder on our network and populated it with SACSCOC assessment-related documents (e.g., Resource Manual for the Principles of Accreditation 2018), our previous reaffirmation report, Karol’s process documents, my guide, and narrative-writing document, etc.). We were all set up for success!

Of course, like in most situations, there are plans and then there is reality. Deadlines came and went, reminders were sent, secondary deadlines became tertiary deadlines, writing assignments were re-allocated, and so forth. However, some narratives were being entered into AEFIS as were some pieces of evidence. Karol’s process documents were working well. However, some of our instructions were not being followed and some chaos ensued as some authors were overwriting or deleting the narrative of others. Although the dates on the timeline were largely ignored, the submission data was firmly set. Fortunately, the flow (trickle) of information was sufficient to have the narrative pass through our layers of review.

The greatest amount of stress came from the audit that arrived at 7:17 pm the evening before we were to send in our report (the ice storm that shut down Texas for a week delayed the auditor as well). The next morning, Karol and I downloaded the final report from AEFIS and dropped it onto nine flash drives, the required format by SACSCOC. AEFIS formatted the export so that it complied with the SACSCOC specifications. We then tested them on four different computers (including PC and Mac) and with five different browsers; all worked flawlessly. The package arrived in Atlanta on time.

In closing, it is my understanding that our university was the first to attempt the self-study, and like all new processes, we had to work with AEFIS to tweak a few things (and I love how AEFIS works with us on making adjustments as needed). However, the tweaks were minor and the whole self-study process was overall very easy with a product. Having served as a SACSCOC Institutional Effectiveness Peer Reviewer, the review by the accreditor should be smooth sailing.

Join me and my colleague Karol as we talk about and celebrate this process by attending our Lightning Talk: “Successfully Completing Your Self-Study in AEFIS” on Wednesday, April 14, 2021.

Dr. David Allen joined Texas Christian University as Director of Institutional Effectiveness in May 2021. Prior to that he spent several years as the Associate Vice President for Institutional Assessment, Research, and Planning at Texas A&M International University. David started his career in Oklahoma, teaching science at the middle school, high school, and community college levels. He then spent 12 years in large-scale educational assessment with Educational Testing Service (ETS) developing science assessments and in project leadership. David has 8 years of university-level assessment experience at two universities and has been an assistant professor of assessment. David received his Ph.D. in Education, School Improvement from Texas State University and a Master of Science in Environmental Science from Oklahoma State University in Stillwater, Oklahoma. His undergraduate degrees are from Northeastern State University and Connors State College, both in Oklahoma.

Our Iceberg Is Melting— How to Change & Succeed Under Any Conditions

“It means that the university is invested in their success, not just in getting them through their courses. The CLR shows that UMGC wants students t…

How can AEFIS help you?

How can AEFIS help you? Let's explore!

AEFIS is developed with LOVE in partnership with Higher Ed.

What is AEFIS Academy?

AEFIS Academy is your center for communities of practice where you can learn, teach, collaborate, and innovate among the greatest minds and thought leaders in authentic assessment, learner success, skills recognition, and lifelong learning. All are invited to join, it’s your community!

You have already reported this .